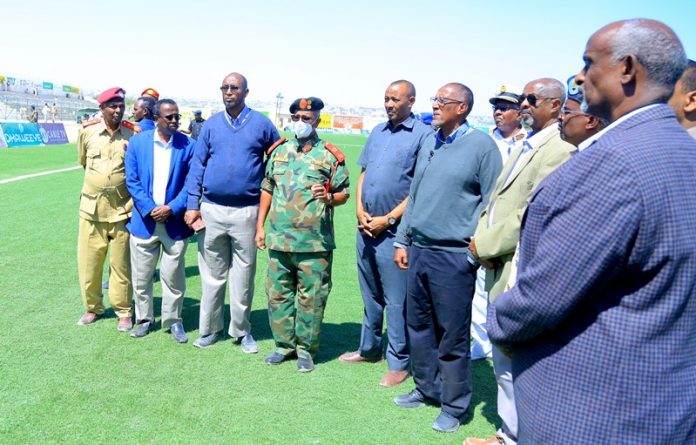 President H.E. Musa Bihi Abdi urged the brotherhood of the media not to perpetuate ill-innuendos by blowing problems out of proportions.

caused minor failures at Hargeisa Stadium, the Head of State provided the sentiments.

The population, from all walks of life, expressed their excitement more clearly this time round.

In his morale-boosting tour, he noted that the competitions would proceed well and as smoothly as they had been. He personally opened the tournament’s kick-off a fortnight ago.

The president’s tour ended at the stadium during an official impromptu visit he made to various government agencies on Sunday 13 November. Before moving on to the stadium, the President left the Presidency and visited the board of the Ministries of Youth and Sports, Interior, Defense, Regional Administration, Education and finally Medical Ethics.

He was briefed by the corresponding heads of departments in each of the headquarters of the different institutions on the service rendered to the public. At the stadium, top traditional leaders, politicians and local leaders were on hand to welcome him. The President was grateful to Allah that the tournaments were proceeding smoothly and procedurally, so that it went well with regard to national public relations.

Talking about the games, he said I am glad that many in the world have been impressed by our soccer skills and our standards (organizational, playing) are awesome.” He noted that in uplifting the nation’s reputation globally, it has gone down well so he hoped and expected it to continue smoothly to the end. “With regard to the slight failures among the supporting fraternal fans,

The president said, “I call on youth supporters to control your emotions. The interior minister Hon. Kahin who flanked the President had words of warning for the supporters, telling them to abstain from any acts of hooliganism. 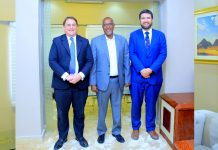 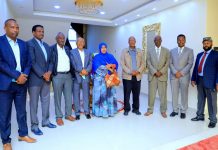 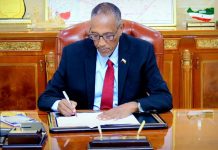