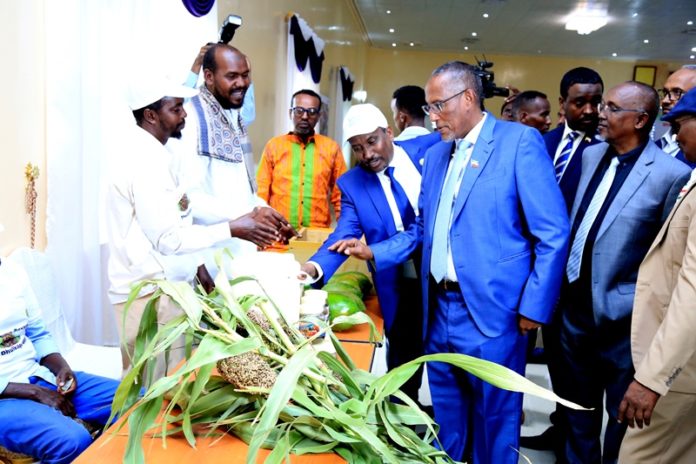 The President of the Republic of Somaliland, HE Muse Bihi Abdi, attended a function marking World Food Day commemorations held in Hargeisa on 16 October.

The event, organized by the Ministry of Agriculture Development, agricultural productions were showcased by various agencies that support the Ministry of Agriculture, and farmers from all regions of the country, government representatives led by the President of the Republic, H.E Musa Bihi were among those in attendance. At the event, participants reiterated the need to promote local production and to lessen the dependency on foreign imported foods.

Ministers of  Water Development, Mr. Saleban Yusuf Ali Koore and Livestock and Fisheries Development, Mr. Hassan Mohamed Ali (Gafaadhi), speaking at the event, emphasized the importance of community involvement and utilize the land they own to grow their own food.

The Minister of Agriculture Development, Mr. Ahmed Mumin Seed, on his part spoke on the progress made by his ministry and underlined that the ministry had implemented large scale projects meant to boost the country’s productivity and reduce dependence on the food imports from other parts of the world.

“The ministry has initiated an agricultural scheme aimed at boosting production and ensuring food security in Somaliland so that citizens can produce their own food and to reduce dependence on the food imports from other parts of the world”,  the minister said.

The President speaking during the event lauded the ministry of agriculture and farmers in the country in which he said, “I congratulate the farmers who headed our first call to increase their productivity and potential in all regions that have boosted agricultural production and many have adhered to the advice and working together to produce our food and reduce dependence on foreign countries.

President Muse Bihi urged businessmen and wealthy citizens to support the government by contributing to the development of the country and the implementation of public interest since they control 80% of the wealth in Somaliland. 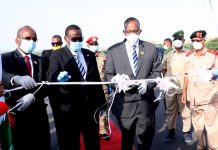 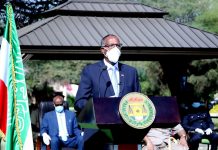 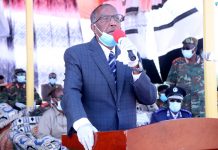